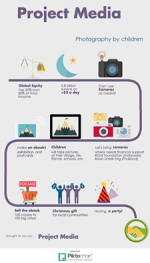 These are the concepts that I want to challenge. I understand these concepts do not necessary the general idea or the idea of most people, but personally I found many people think that way during my volunteering works. And also I found that I learned and received much more than I expected to provide when I went volunteering, the local people are much happier (or they know what the happiness means, and it does not mean money) than people from developed countries (especially South Korea, my birth country), and the local people have many things to share with the world. That’s where I started to think of this project.

OK. Let’s try to change the giver-receiver relationship.I’d like to make the local people as givers, and people from developed countries receiver. But giving money to economically prosperity community is useless. What can they (the local communities) provide to rich people? The first thing I can think of is ‘happiness’. I know you can think this is dried idea. But let me explain. Do you truly think a kid in Laos who does not have an access to the Internet is happier than you assuming you are receiving >200k salary? What if you can choose between the kid and the rich, which one would you choose if the happiness is the most important goal of your life? I don’t think many of you would choose to be a kid in Laos to become happy because you don’t think they are happier than you or you don’t know the true meaning of happiness. (Here you include ‘I’). So this project is an experimental project trying to find the true happiness from the life of the kids in the local communities.

Here is one example. A normal Korean kid (age 9 ~ 18) study > 12 hours a day. No you are wrong 12 hours do not include meal and break. They started to study from 7 ~8 AM until 11 ~ 12 PM (midnight). Even though they have money to spend, PS4, Xbox One, computer, the Internet and whatever they want, do you think they could be happier than a kid who can discover the real world?

I’d like to throw this question using cameras. I’d like to see the real meaning of happiness through their (the local kids) views. And I want to share it with others. I’m bringing cameras to the local communities. The kids will take pictures. They try emotion will be projected. It can be sadness, happiness, joyfulness or whatever. By sharing their emotion, I’m sure they can contribute the global happiness or warmth, and it will be invaluable asset they can share with the rich.

Their pictures will be sold by ebooks, books, frames, postcards and other media. So the project media will be literally a project that will mediate two different worlds in different direction.

This is how I want to run this project.

Please log in to be able to send messages to the listing owner.

This site uses Akismet to reduce spam. Learn how your comment data is processed.

This site uses Akismet to reduce spam. Learn how your comment data is processed.

We use cookies to ensure that we give you the best experience on our website. If you continue to use this site we will assume that you are happy with it.Ok