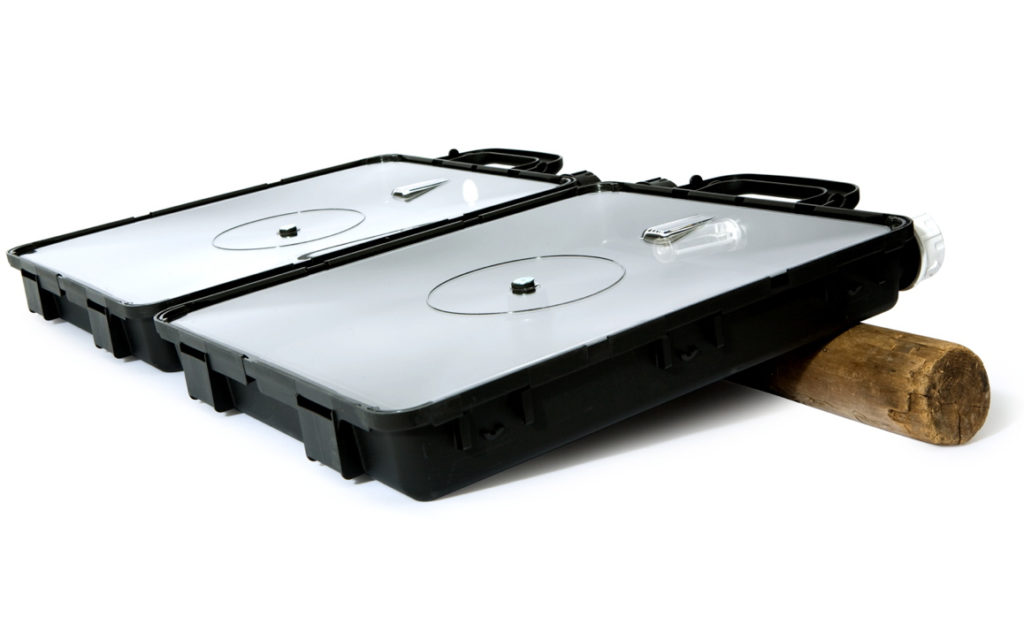 SOLVATTEN is a combined portable water treatment and solar water heater system that has been designed for use at the household level in the developing world. The product is unique and practical for a number of reasons, namely that it is able to produce both safe and warm water for its user, whilst most water treatment products designed for use in the developing world do not fulfil families’ warm water needs. SOLVATTEN belongs to a small group of water-purification devices that are capable of achieving the ‘highly protective’ status, and with 42,000 units distributed worldwide, SOLVATTEN is saving lives on a daily basis.

The device has been specially designed to meet the needs of its users, and withstand the rigours of poverty. The portability of SOLVATTEN means that those forced to travel long distances to obtain water are able to do so with more ease and comfort. It is made of durable plastic materials and requires no batteries, chemicals or spare parts. The unit has an average lifespan of 7-10 years, meaning it withstands those early years when children are most susceptible to waterborne diseases.

Another great thing about SOLVATTEN is that it creates warm water – up to 75°C. To help you imagine how warm this is, the preferred drinking temperature for tea is 56-60°C. Water at this temperature is perfect for a number of household and hygiene purposes, such as cooking, hand washing, bathing and domestic cleaning. Users that want cooler water can simply place their unit in the shade once the water has been purified. The value and dignity of warm water is sometimes easy to neglect – consider living a day without warm water for showering, cooking and handwashing. Furthermore, imagine giving birth or caring for a newborn baby without safe, warm water.

One of the greatest challenges for the modern world is how to provide safe water to its expanding population. Over half of the world’s hospital beds are occupied by people suffering from illnesses linked to contaminated water, whilst every year more people die from consuming polluted water than those killed during war and by other forms of violence.

Water and energy are interconnected issues for many poor families; 70% of the energy used by a typical home in Sub-Saharan Africa is for cooking, washing and heating water. Due to a lack of energy infrastructure, people make use of natural resources, namely wood and charcoal. This leads to smoke inhalation, burn injuries, deforestation and carbon dioxide emissions. Indoor plumbing and secure electricity supply are distant dreams for many households.

How these issues affect humanity:

Each SOLVATTEN unit can be opened up like a book. Doing so separates two five-litre containers, each of which can be filled with water via an opening that houses a fabric filter of 35 microns – this removes larger particles and can be replaced by cloth if lost or damaged. The containers both have transparent surfaces that are made from a durable plastic that allows the penetration of UV-B light, which is highly effective at destroying microorganisms that cause disease and illness.

Once filled, the SOLVATTEN unit is placed in direct sunlight, which simultaneously heats the water and exposes it to ultraviolet radiation. The combination of these is a highly effective means of purifying water and, depending on conditions, the water will be free of pathogenic material in 2-6 hours.  An indicator tells the user when the treatment process is complete – a sad red face changes to green and happy.

Under blue skies, SOLVATTEN can clean 10 litres of water extremely quickly. The time taken to purify water is dependent upon the energy and actual sunlight intensity available i.e. how warm and sunny it is. SOLVATTEN can be used on partly cloudy days but not during heavy rain or thick cloud cover. Studies have shown that weather is rarely a limiting factor for those who use SOLVATTEN, with owners typically using their units between two and four times a day. 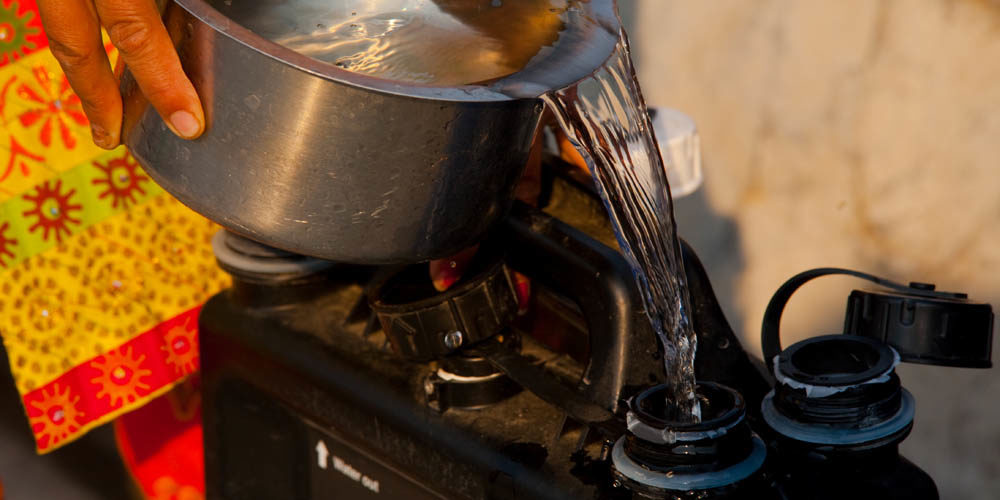 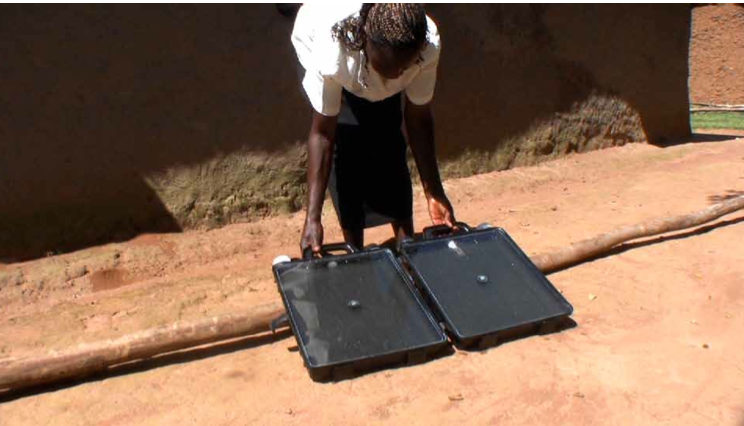 solvatten outside.jpg 4 years ago
Showing 3 results
We use cookies to ensure that we give you the best experience on our website. If you continue to use this site we will assume that you are happy with it.Ok